A BRIEF HISTORY OF
HEALING WITH COLOR

Dr. John Ott, leading American light researcher, discovered that the eye actually has two separate functions.  Light enters the eye and affects the Optic Nerve which enables us to see.  It also hits a special layer of cells in the  Retina which have no connection with vision.  The light stimulates electrical impulses to the brain and some of these enter the Hypothalamus, a knob about the size of a golf ball that sits at the base of the brain.

The Hypothalamus has an important part in the regulation of the most basic functions of our body.


It controls the Pituitary, (the Endocrine Gland that lies below it, which is commonly referred to as the “Leader of the Endocrine Orchestra” or the “Master Gland”) which secretes hormones into the blood stream.  The Hypothalamus tells the Pituitary what orders to send to the lesser glands – the Adrenals, sex glands and the Thyroid.

Radionics states that when color rays strike the skin, they produce  complimentary vibrations in the body. These vibrations signal the brain and cause, whether by secretion of hormones into the blood or some other process, a reaction in the body.  While it is true that light enters our body through the eyes where it stimulates the pituitary, it is also a proven fact that there is reaction in the body to light, without physical vision.

Aristotle, 384-322 BC, Greek Philosopher, said the rainbow had only three colors...red, yellow and green...and those were the colors that were first used in healing practices.

Ancient Egyptians used color in their healing temples at Heliopolis.  They had assigned colors to the body, mind and spirit as:

The Mystics of India used color in association  with the seven major Chakras.

The ancient Chinese and Chaldeans used color in healing.

Hippocrates, 460 - 370 BC, Greek Physician of the Age of Pericles, (known as The Father of Medicine), practiced in the Greek temple dedicated to Aesculaplus (God of Medicine) incorporating the Sun's rays (Light) and music.

Hermes Trismegistus, Egyptian King and Father of Alchemy, is said to have revealed to humankind, through his writings, the healing arts, magic, writing, science, astrology and philosophy.  He wrote the famous book Emerald Tablet in which he set forth that color was used in his alchemical work.

Pythagoras, about 580 to about 500 B C, Greek Philosopher and Mathematician, used color and taught is use in his Mystery School.

Paracelsus, 1490-1541, Swiss Physician and Alchemist, used color in his healing and alchemical work.

Henri de Monville, 1260-1316, Frenchman, Father of French Surgery, used the red light to treat smallpox. The process was given to Henri by the Arabians who previously received it from the Chinese.

Sir Isaac Newton, 1643-1727, English Physicist and Mathematician, was the first to break down sunlight into its component colors using a prism and producing a spectrum,  The prism diffracted the White Light and divided it into seven bands of color – red, orange, yellow, green, blue, indigo and violet.

Sir William Herschel, 1738-1822, British Astronomer (he discovered the planet Uranus and its two major moons, Titania and Oberon and two moons of Saturn) performed some experiments with a thermometer.  Using a prism, he placed the thermometer in the path of the various colors, red through violet.  The thermometer registered the highest temperature when in the red rays.  When he moved the thermometer beyond the position of the red ray, where no rays were visible to the human eye, it registered even higher temperature proving that rays of light exist beyond the red and infra-red, which the eye is unable to detect.  Each part of our body has a   different temperature range.  The infrared Thermograph can locate dis-ease, dis-comfort or injury with a scanning camera that can record the temperature and note variations from the norm.

Niels Ryberg Finsen, 1860-1904, Faroese physician and scientist of Icelandic descent.   He was awarded the Nobel Prize in Medicine and Physiology in 1903 for his contribution to treatment of diseases with concentrated light radiation, most specifically in lupus vulgaris and tuberculosis thus paving the way for a new approach to medical science. 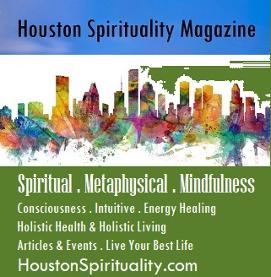