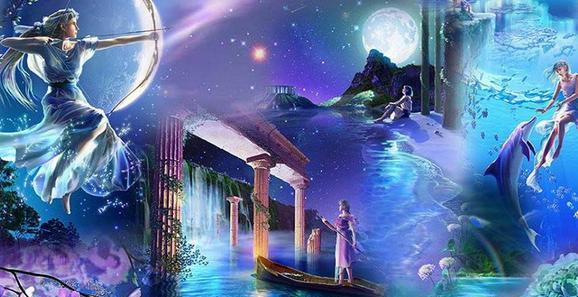 Reincarnation, along with Karma, is part of Eastern philosophy which has come to be accepted by the majority of Western society. While it is currently impossible for science to prove or disprove reincarnation, it is also impossible for science to prove or disprove the existence of God. (The physical body is considered by some to be the prison where the soul is held for past sins.) Great psychics, such as Edgar Cayce, have confirmed beyond a doubt that reincarnation is a real phenomenon, not just theory or imagination.

Reincarnation deals with a “rebirth” or a cycle of birth-death-birth where a soul moves from physical body to physical body. The new body and situation, which the rebirth takes place in, is based on the quality of the life led in the previous body...or bodies. Karma teaches that as we sow, so shall we reap. The ultimate goal, in each life cycle, is to progress to the highest point of perfection to become one with the Universe...to experience Nirvana or Christ Consciousness, to experience the final Beatitude from the Sermon on the Mount that rises above suffering, karma and samsara.

Some theories of reincarnation state that the soul migrates to animals, plant life, and human form but that premise assumes that the plant life and animals contain a soul. The majority of reincarnation believers do not agree with this. One of the objects or results of being reincarnated is to work out past Karma is an effort to progress into a deeper understanding of the Beingness of the All.

Karma basically dictates where and when a soul reincarnates. At the time the soul leaves the body, it goes to the Astral Plane. While in the Astral Plane the past life is reviewed and “graded” and decisions are made as to the karma which will be presented in the following life to be worked on. (The Christian religion believes in one Day of Judgment while reincarnation allows for as many as the Soul requires to reach its perfection.)

Decisions are made concerning the ethnicity, gender, location, family, religion which will best present the energy for the soul to be reborn in. The health of the new body, the type of energies presented by the new environment and those who are in positions of authority (parents, teachers, government, etc.) are all brought into review and when the final decision is made, the soul is given a period of rest before it is reborn. The time frame of the rest period may be a short one...perhaps a week...or ten years or fifty years in the future. We could consider our present life as an after-life and before-life experience.

I have had thoughts on the rebirth and the selection of the era the rebirth will take place in that vary a bit from that normally accepted. I have also had thoughts that a soul which enters the Astral Plane, at the death of its physical vehicle, might be better served by reincarnating in a past era ... say in the 1800s rather than the 2000s. After studying the various Planes, Realms and/or Dimensions I have also had the feeling that the saying “there is nothing but the NOW” is truth. Perhaps we may be living simultaneous lives in different realms. Maybe our “doppelganger” is us doing a bit of astral travel.

The Latin definition of the word “reincarnation” is “entering into the flesh again”. In Sanskrit, everything associated with the life-death-life process involving Karma is called Samsara. As with our planet and all in creation, the soul goes through an evolutionary process.

While the soul is going through the process of the “rebirth”, it is wrapped in an energy of forgetfulness. A veil conceals past lives and the purpose of the rebirth. There is no memory of the “person that was” nor an inkling that it is here to either experience reward or to right some wrongs. There have, however, been many studies done over the past 20 to 30 years of children who share memory of being big and older, living in a different climate and having other moms and dads or brothers and sisters. Perhaps there is an evolutionary change coming in the process of reincarnation.

We can look at our own lives, the happiness we have experienced, the sorrows that have befallen us, the injury and sadness we have caused others and make educated guesses as to our past lives and the areas that were presented that we came to experience and confront. As I look at my own life, I assume I had problems with family life. This lifetime I was denied a “family” life as a child and subsequently have never known what family is truly about. I had numerous relatives, but no family bonds or love between people were ever established. I lost attachment to people and places. With the study of karma and reincarnation I have come to understand at least one of the purposes behind this reincarnation. Now I wonder if this realization and understanding will put to rest that particular lesson.

We weave our future mantles by the decisions we make, the actions we take and the reactions we have on a daily basis. It benefits us to stop for a bit and take a truly honest look at ourselves. As we review the energies we are working with and the ones we would like to avoid a pattern will unfold giving us the insight to make sure that the patterns we weave in that mantle for our new abode will be those of a positive nature.

As Hamlet said to Horatio, "There are more things in heaven and earth than are dreamt of in your philosophy.” I think he nailed it. 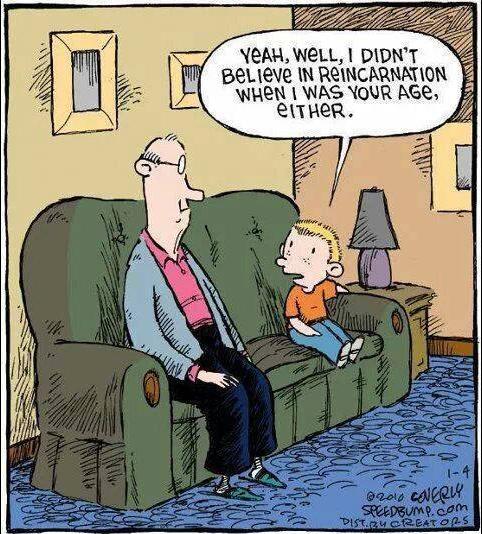