A noisy playful, discarnate Soul-Mind from the Etheric Realm that manipulates physical objects. It desires attention and draws attention by either mischievous, harmful acts or playful, kind acts. Poltergeist activity usually centers around an individual called the “focus person”. This person is most often an adolescent who is psychologically disturbed, sometimes even mentally challenged. It appears that some sort of psychokinetic force is generated by the unconscious emotional conflicts the child may be enduring. 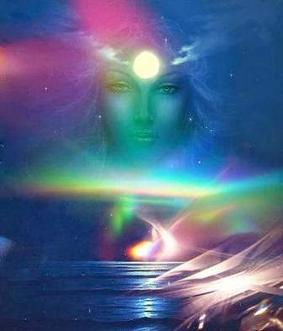 Some very technical minds seek to explain by stating that the
disturbed mind creates heat and the poltergeist, through some
occult talent, is able to transform that heat into kinetic energy and
undirected impulses and then send those vibrations out in random disarray.

They do things like turn lights on and off pull hair, yank bedclothes off, rip clothing, cause things to disappear and reappear, lock and unlock doors, rattle dishes, etc. This phenomena is evidently produced for the express purpose of attracting attention and being annoying. They are not normally malicious acts and rarely inflict injury.

A good cleansing with sage (indoors and out), which is an old tradition attributed to Native Americans, to rid the space of unwanted negative energy and replace it with clean, positive energy is recommended. This is sometimes called “smudging” or “house blessing”.

To produce sounds without any physical means. Can come from chairs, tables, within walls, etc. A code can be established between Spirit and the Medium(s) for “yes” and “no” answers. At times, Spirit will rap simply to let you know it is near.

This includes all types of unconventional photography or normal photography that produces extras. To capture, on photographic film or plate, something not in the visible range of the human eye...an extra face, (perhaps that of a deceased person) or lights, words, or objects. It is frequently used to prove that the human personality survives physical death.

(Note here...The Reverend Eleanor Button, Pastor of The Chapel of Prayer in Houston, was well known for her “magical” camera. She had albums of pictures that displayed objects, colors, etc. that were very definitely “extras”.)

Receiving answers from Spirit by means of a table which thumps in response to questions presentefd. Those participating place their hands or fingertips lightly near the edge of one side of the table (usually three people) and chant “table up” in union, willing one side of the table to raise off the floor. When the table has raised and is balancing on two legs the participants ask questions that can be answered “yes”or “no” and the table will rap on the floor once for “yes” and twice for “no” in response.

(Note here: This is very popular at parties. We used to play it often and usually had six to eight tables all rapping at the same time. Noisy, but fun and a great tension reliever for the players.)

The foremost example of Thoughtography is the work of Dr. Jule Eisenbud (1909-1999) with the subject, Ted Serios (1918-2006). Serios would take a Polaroid Land Camera, point it at himself, snap the shutter and produce a picture of a building or something that could be identified. With his extraordinary powers of mind, Serios was able to gaze at a picture and then imprint that picture on film. He was also able to make a photographic impression of a target picture which was enclosed in a sealed envelope.

TRANSFIGURATION: Changes in the appearance of the face and/or body of one who is channeling or sitting in a development circle. It can be the face of a guide, deceased love one or a past-life identity.

TRANSFORMATION: The belief that the Astral Body can be molded into various forms when it is separated from the Physical Body. It can take on the form of an animal and to perceive the world through the eyes and mind of the animal.

Note: An interesting bit of information I came across several months ago is that there is an ancient Egyptian text which referred to Jesus thusly: “He does not have a single shape but his appearance changes. Sometimes he is ruddy, sometimes he is white, sometimes red ...” shape-changer??